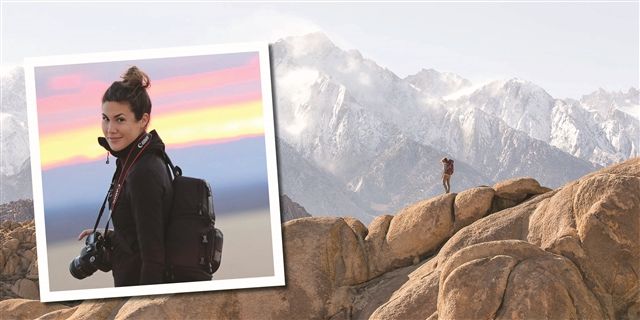 Daintry Duffy Zaterka '88
Elisabeth Brentano's documentary, In the Shadow of Lions, shines a light on the effect that human incursions are having on the big cat population.
Photographer and travel blogger Elisabeth Brentano has long been concerned about the impact of irresponsible social media behavior on the environment. Last year, she launched a petition calling on social media companies to penalize users who wander into sensitive or prohibited environments.
Unfortunately, this behavior has become all too common as the quest for the perfect Instagram photo tempts people to camp, hike, and climb into areas where they do not belong. Elisabeth wants to raise awareness about the damage it can cause to delicate ecosystems as well as the wildlife that calls those environments home.
Elisabeth recently produced a documentary called In the Shadows of Lions after spending a month filming in Namibia and South Africa last year to draw attention to the effect that human incursions are having on the big cat population. In her Instagram announcement, Elisabeth says, “The 20-minute documentary examines the balance between tourism, conservation, and social media, especially when it comes to practices that have an impact on big cats. Big cat populations are declining all over the world, and African lions alone have dropped from over 400,000 to around 20,000 in the last century. While those are daunting statistics, we can do a lot more than we might think when it comes to helping protect these animals. Whether we are planning a trip or we simply enjoy looking at wildlife pictures and videos on social media, it all starts with education, speaking up and taking action.”
To learn more about Elisabeth’s work and what you can do to help, you can view Elisabeth's website or you can view In the Shadows of Lions on YouTube.