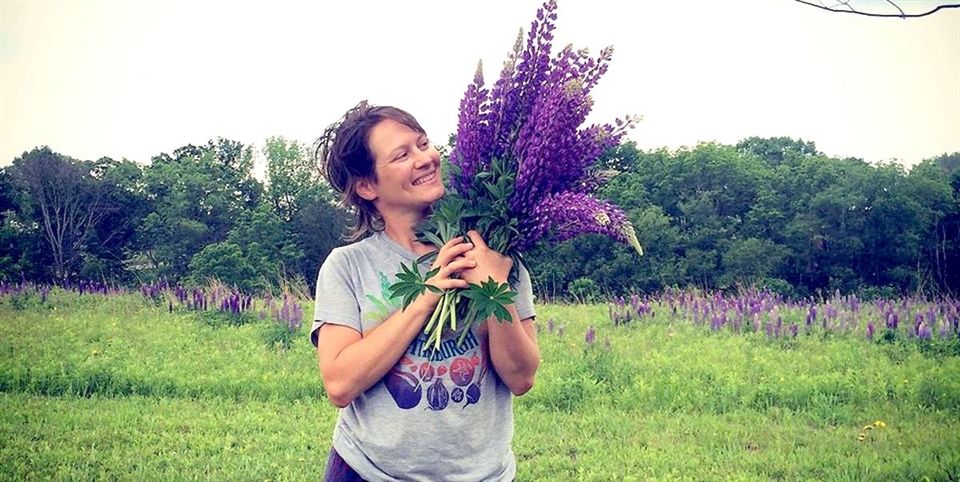 by Daintry Duffy Zaterka '88
Teaching has always been a passion for Michelle Soto, and though her classroom these days has more dirt and herbs than pencils and pens, she still describes herself as being “dorky about pedagogy.”
Michelle is an herbalist and educator at Cutting Root Apothecary and Farm, her medicinal herb and flower farm in Butler, Pennsylvania, north of Pittsburgh. At Cutting Root, Michelle cultivates plants and herbs and turns them into teas, tinctures, and herbal medicines, growing 80 percent of the products that she sells. She also runs an herb school for people interested in studying the art of herbalism and offers a more intensive apprenticeship for those serious about becoming herbalists themselves.
Make no mistake: this is not a niche industry. Herbal supplement sales in the United States increased by a record 9.4 percent between 2017 and 2018, with sales of $8.8 billion, according to the American Botanical Council. When people become frustrated with traditional medicines and their side effects, herbal medicines are increasingly filling that gap. “People often turn to herbs when they’ve tried a lot of other things first,” says Michelle. “I’m honored that people come to me, and it’s very humbling to make the medicine that people use for their children and loved ones.”
After graduating from Fay, Michelle went to St. George’s School and took a gap year with the AmeriCorps’ City Year program in Washington, D.C., before starting college at Vanderbilt University. “I wanted to figure out if I really wanted to be a teacher before investing the money and time in an education degree,” she says.
Michelle discovered that she did indeed love teaching, and after graduation, she spent the next eight years as a middle school teacher in schools from Tennessee to Arizona before landing in Pittsburgh. “Working in public schools gave me a lot of flexibility. I wasn’t looking at
salary ladders—I was exploring different places,” she says. As she moved, she studied the plants and herbs that were native to each region before finally switching to a full-time career as an herbalist and educator.
Herbal medicine may be experiencing a new resurgence in popularity, but that knowledge has always been there, and Michelle is using her experience in teaching to share it with a wider audience. “People know about the benefits of elderberry and dandelion from their mothers and grandmothers,” says Michelle. “That seed has always existed in people’s minds. They’re just trying to remember it all now.”
Back