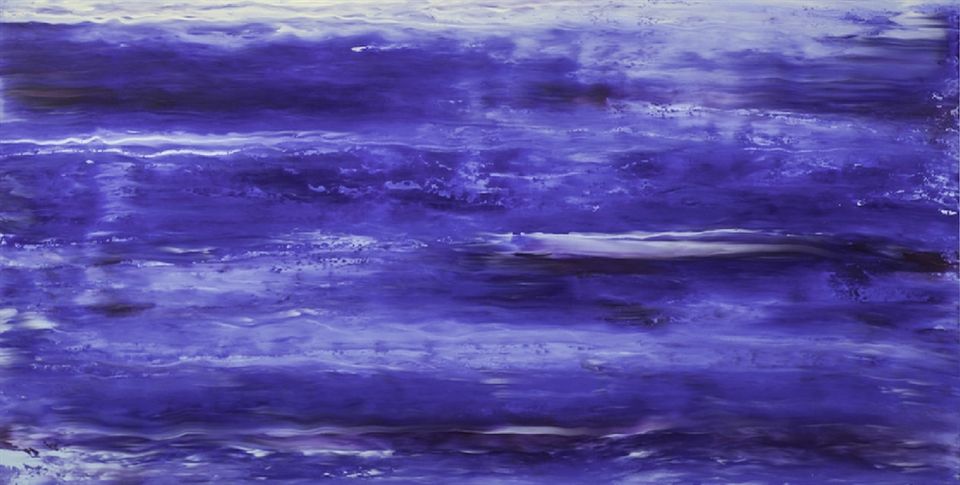 Jim Hannan '79 draws heavily on the cultural influences, scenery, and landscape of his itinerant island upbringing in his painting.
Growing up, Jim Hannan ’79 moved with his father, a Texaco executive, from postings in Sierra Leone and the Ivory Coast to Haiti, Trinidad, and Jamaica. But it was the vibrant color palette of the Caribbean that left an indelible impression on his imagination.
Since 2014, Jim has been working as a professional artist with his own studio in Houston, Texas, and he draws heavily on the cultural influences, scenery, and landscape of his itinerant island upbringing in his painting. Color has an especially powerful influence on Jim’s work because he is colorblind. With reduced sensitivity to shades of red, green and blue, Jim uses a variety of bright colors in his paintings, “because those tend to be the colors that I can see!”
Jim’s memories of Fay are also strongly associated with color. Arriving at Fay from the Caribbean in the fall of 1977, he was particularly struck by the vibrancy of the fall foliage in New England. Just a few months later in February of 1978, the landscape was swallowed up in a single color: white. When the Blizzard of ’78 struck, Fay became an evacuation center for drivers who were caught in the storm, and Jim remembers being part of the student delegation out on campus shoveling walkways in an effort to keep them clear of snow. When the crisis passed, he recalls playing in the snow piled up alongside the playing fields that had been flooded for skating.
Art was not something that Jim was passionate about during his time at Fay. In fact, it wasn’t until about ten years ago that he started to really focus on painting. Selling construction chemicals for BASF, Jim was spending a lot of time on construction sites, and he began to notice the artistry of the building elements around him. “Even at a large commercial project, there are artistic patterns in things as basic as a concrete pour or as elaborate as a formalized architectural design.”
Living in Texas, Jim also has a range of landscapes from which to draw inspiration. “There’s such a varied topography from the water to the hill country, desert, and piney woods,” he says, “but my biggest influence by far is water.” After Hurricane Harvey hit south Texas, Jim started work on “Tempest,” an oil painting containing more than ten different shades of blue. “I was trying to capture the power and the force of the water and convey its fury. I don’t really delineate where the sky and water separate.”
Recently, Jim’s work has been receiving some welcome recognition. From now until January 12, 2019, his work will be featured in the Neighbors at Spring Street Exhibit at Spring Street Studios in the Houston Art District. To view Jim’s work, you can visit his website at www.JimHannanart.com or his Instagram at
hannanart233.

Above: detail from "Tempest" by Jim Hannan. Oil on canvas, 36x48"
Back