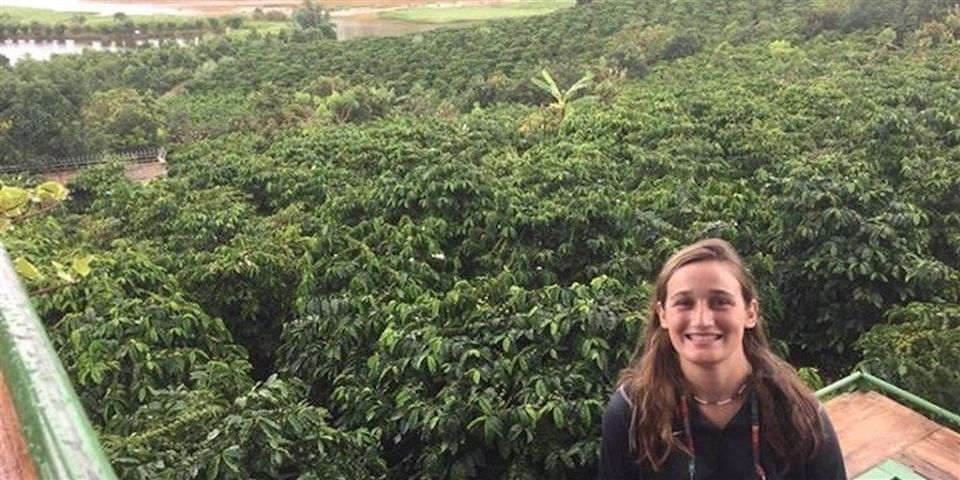 Sharing Perspectives Across the World

by Daintry Duffy Zaterka '88
Amy Tournas ‘12 documented her semester in Vietnam including a recent visit with Albert Ting ‘87.
Amy Tournas '12, currently a junior at Colby College, spent the fall semester in Vietnam, and she documented the experience for friends and family on her blog. In a recent post, “Fay School Goes Global,” Amy wrote about meeting fellow Fay alum and trustee Albert Ting ‘87, founder of Saigon South International School. Over breakfast, Mr. Ting shared with her some of the history of Ho Chi Minh City and the role that the Ting family played in its economic development and the creation of its infrastructure and educational institutions. Amy was impressed to discover not only the scope of impact that a single family could have on a country but to find that it is grounded in a respect for preserving what is authentic about the country and culture.
"Everything surrounding us was extremely modern and developed. Describing everything, Mr. Ting talked about his contributions to his surroundings. Then, he pointed to the center of the lake, where the water arched in. There was a big forest in the middle, with a lot of native trees and vegetation. He explained how when developing the area, they wanted to keep that part of the land just like it was from before the development took place. "Vietnamese people tend to forget. We wanted to keep that part so they remember what life was like before all of this came along."
Amy noted in her blog that this reverence for remembering where one came from impressed upon her the depth of connection that she and Mr. Ting have in their shared Fay experience. “I think being able to meet Albert Ting shows both the strength and the values the Fay School holds. Mr. Ting and I are years apart in age, and miles apart in location. Yet somehow, we were able to meet and relate on a level that was so unbelievable and I will value for my whole life. I only hope one day that a Fay student reaches out to me to learn the impact I have had on a community, and if it is even one-one hundredth of the scale of the Ting family, I would be proud.”
To read the full text of Amy’s blog post and follow her travels through Vietnam, click here.
Back