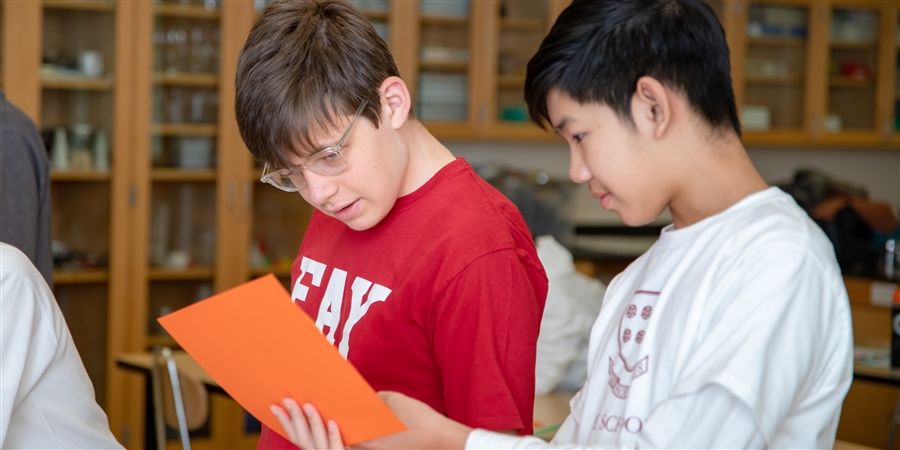 Focusing on Identity and Perspective

The concepts of identity and perspective are central to Modern World Cultures (MWC), the eighth grade history course taught by Tony Bator and Emily McCauley. The course looks at 20th-century post-colonial civilizations and the often tumultuous transition to independence in places like Ireland, South Africa, Palestine, and the Balkans. Eighth graders started the year with two activities designed to encourage them to consider the importance of identity and perspective in their study of history. “We want to show them that history isn’t just one set of accepted facts or a single narrative,” says Emily. “It's also important for them to understand that when history is occurring, it is deeply personal.”

On the first day of class, each MWC student was asked to introduce themselves by their preferred name and discuss their connection to modern history. For students who are used to thinking of history in terms of eras like the ancient world or the American Revolution, the idea that they have been part of history in some way is a paradigm shift. However, students quickly realized that, among other events, they had all shared a connection to the pandemic in the past few years. Since they come from countries around the world, their perspectives, stories, and experiences around that single event are diverse. “It’s a great springboard because we introduce students to the idea that we’re all a part of history, that we’re going to have interesting and challenging conversations based on events that have taken place, and we’re all bringing our own perspective to it,” says Emily.

Then, students dove into an assignment designed to explore the power of perspective. Students are given a hypothetical scenario involving a lunchroom fight between two students. There are ten witness or character statements, and each student has to read through the different accounts and decide which witnesses are the most reliable. They spend two class periods discussing the various versions and learning how to incorporate essential vocabulary like bias, power, and corroboration. “What we see is that even though everybody has all the same sources, everyone’s perspective and interpretation of what actually happened and who were the most and least reliable witnesses is a little bit different,” says Emily. Students finish the assignment by writing a paragraph outlining what happened in the fight and deciding which of the two students will be suspended (they cannot suspend both.) There is no correct answer, but the grading rubric rewards clear arguments well supported with evidence.