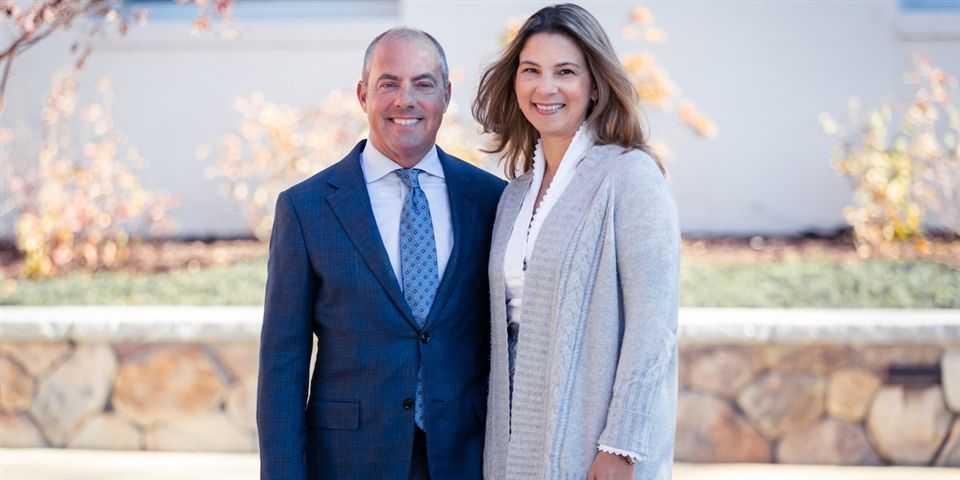 by Daintry Duffy Zaterka ’88
Jim Shay’s deep connections to Fay School have inspired him and his wife, Monica, to join Fay's 1866 Society.
Jim Shay’s connections to Fay School run deep. He is an alumnus and a parent of Fay alumni: daughters India Shay ’15, a sophomore at Trinity College, and Sophia Shay ’17, a senior at Suffield Academy. He has been a trustee of the school since 2010 and President of the Board of Trustees since 2014. Jim is also one of thirteen members of his family to attend Fay.
In the forty-plus years that Jim has been connected to the School, it is Fay’s enduring values that he values the most. “Students leave Fay with an extraordinary mix of traits: respect for others, a belief that they can make a difference, an understanding of the importance of effort, and a desire for excellence,” says Jim. Gratitude for those values and the Fay experience has led Jim and his wife, Monica, to devote time to the School as volunteers and leaders. In addition to his service to the board, Jim served as President of the Fay Alumni Council from 2004-2007, and he and Monica co-chaired the Fay Fund for two years.
While Jim and Monica have been generous donors to the School for many years, they were recently inspired to join the 1866 Society, which is composed of Fay supporters who have made provisions for the School in their wills. “Last year, an outgoing board member announced his intention to leave Fay a legacy gift, and I was so moved by his generosity,” Jim recalls. “We decided to match his gift, and we hope this will inspire others to remember Fay in their estate plans at whatever level is most comfortable for them.”
The foundational nature of the Fay experience is what motivated Jim and Monica to continue their support for the School in such a meaningful way. In particular, they hope that their gift will make it possible for Fay to continue to attract and retain the best teachers, and to help make a Fay education accessible to well-matched students regardless of their financial need. “Whether they enroll in Kindergarten or seventh grade, children are at Fay for such a pivotal time in their intellectual and athletic development, and it has such a great impact on their future success,” says Jim. “We feel so grateful to be part of this very special community, and this is one way for us to show our gratitude.”
Back